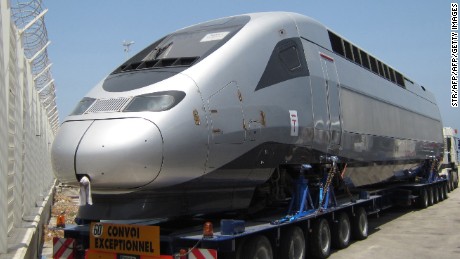 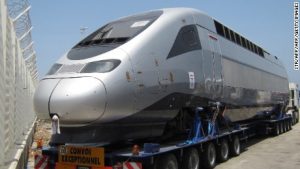 The first high-speed trains in Africa are flashing along the Atlantic coast of Morocco.

The French-made double-decker TGVs are being tested ahead of the launch of a flagship new line connecting Tangier with Morocco’s economic capital Casablanca in 2018.

The new trains can reach speeds of 200 miles per hour. They will cut the journey time between the two cities by more than half — to just over two hours.
The $2 billion project has been in development for a decade, funded by the governments of Morocco, France, Saudi Arabia, Kuwait, and the UAE.
King Mohammed VI and the Moroccan government expect the trains to deliver wealth and prestige for the country. But opponents claim they are an expensive folly.