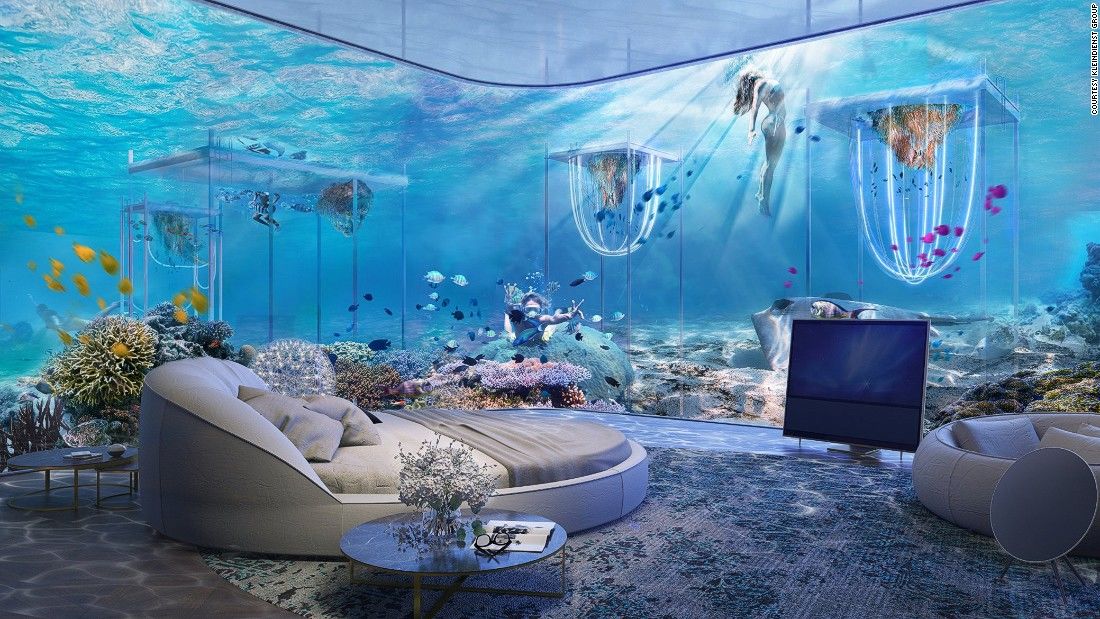 Dubai plans another ambitious attraction. This time, it’s a floating luxury resort that replicates Venice. One deck will be underwater. 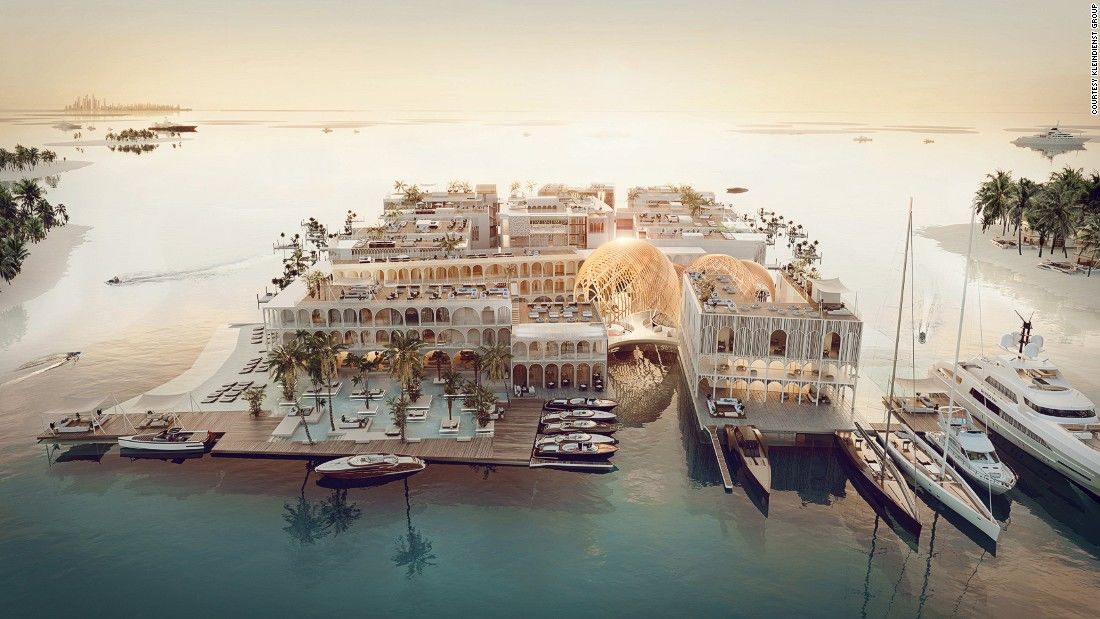 Can the beauty of Venice be topped? Probably not. But Dubai is giving it its best shot.
The Emirate is planning to build a floating replica of the watery Italian city, complete with gondolas and canals — and an underwater twist.
. 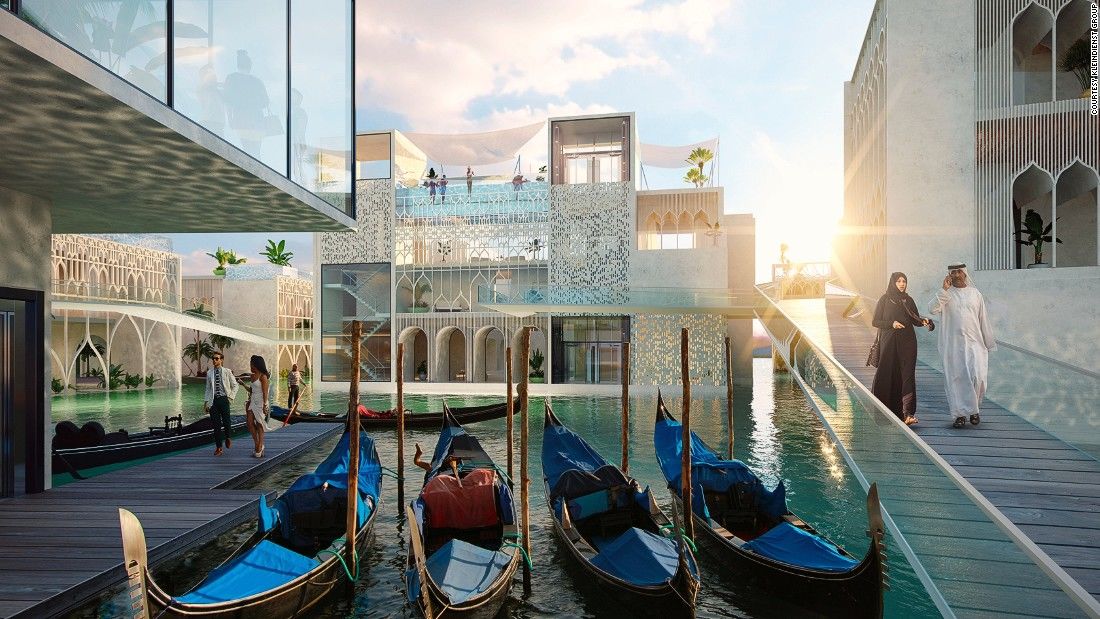 .
The resort will be split over four decks, one of which will be submerged under the sea. The Floating Venice is earmarked for Dubai’s The World development — an artificial group of islands constructed four kilometers offshore in the shape of global map.
. 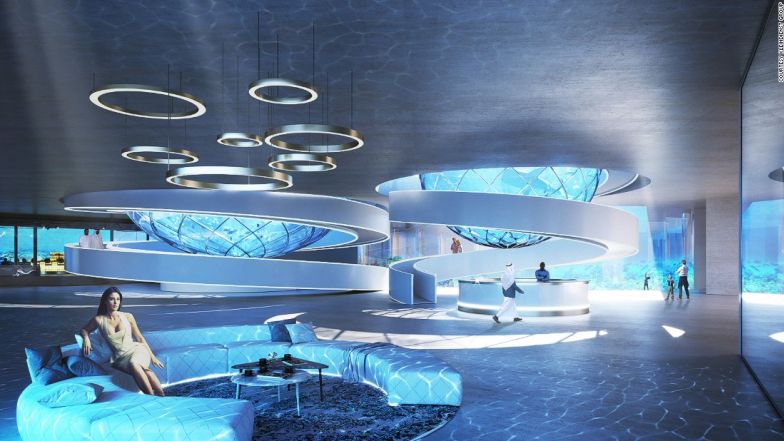 .
The Floating Venice will technically be classified as a boat. Developers plan to use the same technology as the Floating Seahorse, another Kleindienst-designed underwater living experience currently under development in Dubai.
.
In recent years underwater tourism has proved popular across the world — from Ithaa Undersea Restaurant in the Maldives to the underwater suites at Atlantis in the Palm Dubai.
. 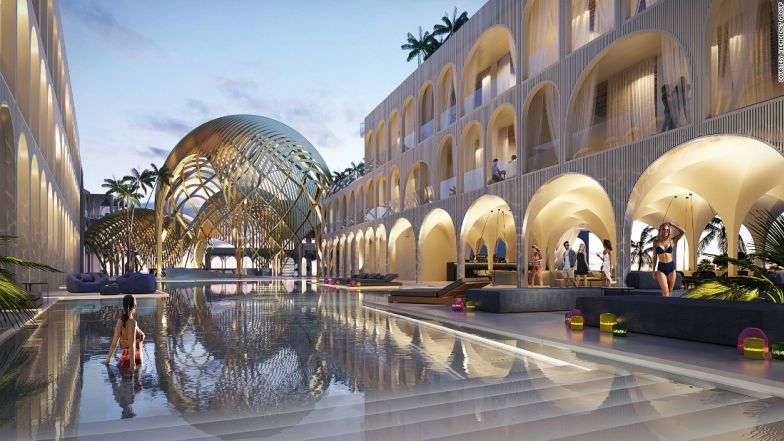 The Floating Venice resort, which is scheduled for completion in 2020 if plans are approved and building gets under way in 2018, has an estimated price tag of AED 2.5 billion ($680 million).
.
To further evoke the flavor of Venice, it’s hoped it will host Dubai editions of the city’s Carnivale di Venezia, Binnale di Venezia and Festa del Rendentore.
.
Dubai’s The World archipelago has yet to become the hot ticket prospectors hoped for when work began in 2003. Most of the 300 islands were sold off to contractors to build private residences, but the majority remain unoccupied.
.
Developers hope the proposed Venice replica can help improve its fortunes.