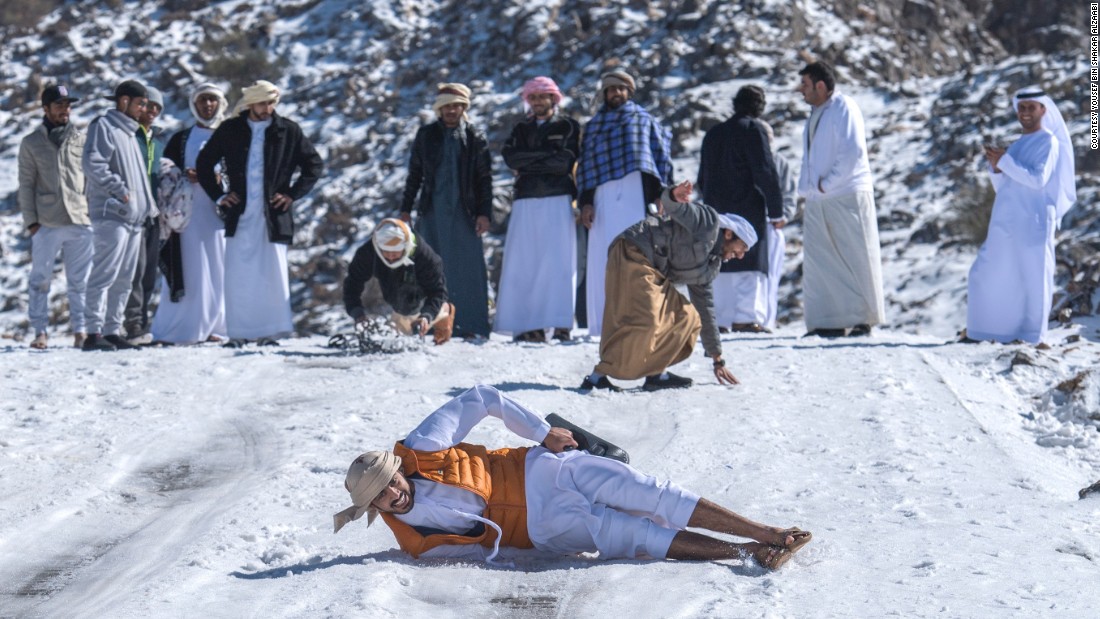 Emiratis frolicked in the snow over the weekend, as temperatures plummeted across the United Arab Emirates.

The UAE’s weather service, the National Center of Meteorology and Seismology (NCMS), reported that the usually warm and arid region experienced temperatures as low as -5 degrees Celsius (23 Fahrenheit) on Friday evening.

The rare snowfall covered the UAE’s tallest peak, Jebel Jais, and residents weren’t afraid to brave the cold. Many gathered on the mountain and spent the day building snowmen, having snowball fights and holding tobogganing races.

Emirati men enjoyed the snow while holding tobogganing races on the mountain.

While the region Ras al-Khaimah has experienced snow several years in a row, the heavy snowfall at Jebel Jais mountain was unusual.
“It was pretty busy (on the mountain) as we don’t usually get snow in UAE, so people from all (over) the Emirates came to see the snow,” a photographer in the region, Yousef Bin Shakar Alzaabi, told CNN. 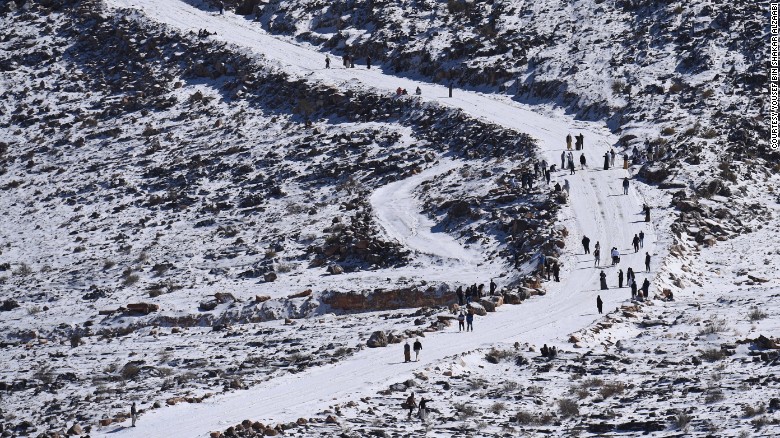 The average minimum temperature across the UAE since 2003 has been 13.3 degrees Celsius (55.58 Fahrenheit) according to the NCMS.
Despite the snow being welcomed and celebrated by many, elsewhere organizers for the Tour of Dubai were forced to cancel stage four of the cycling race due to high winds causing dangerous conditions. 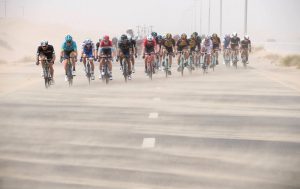