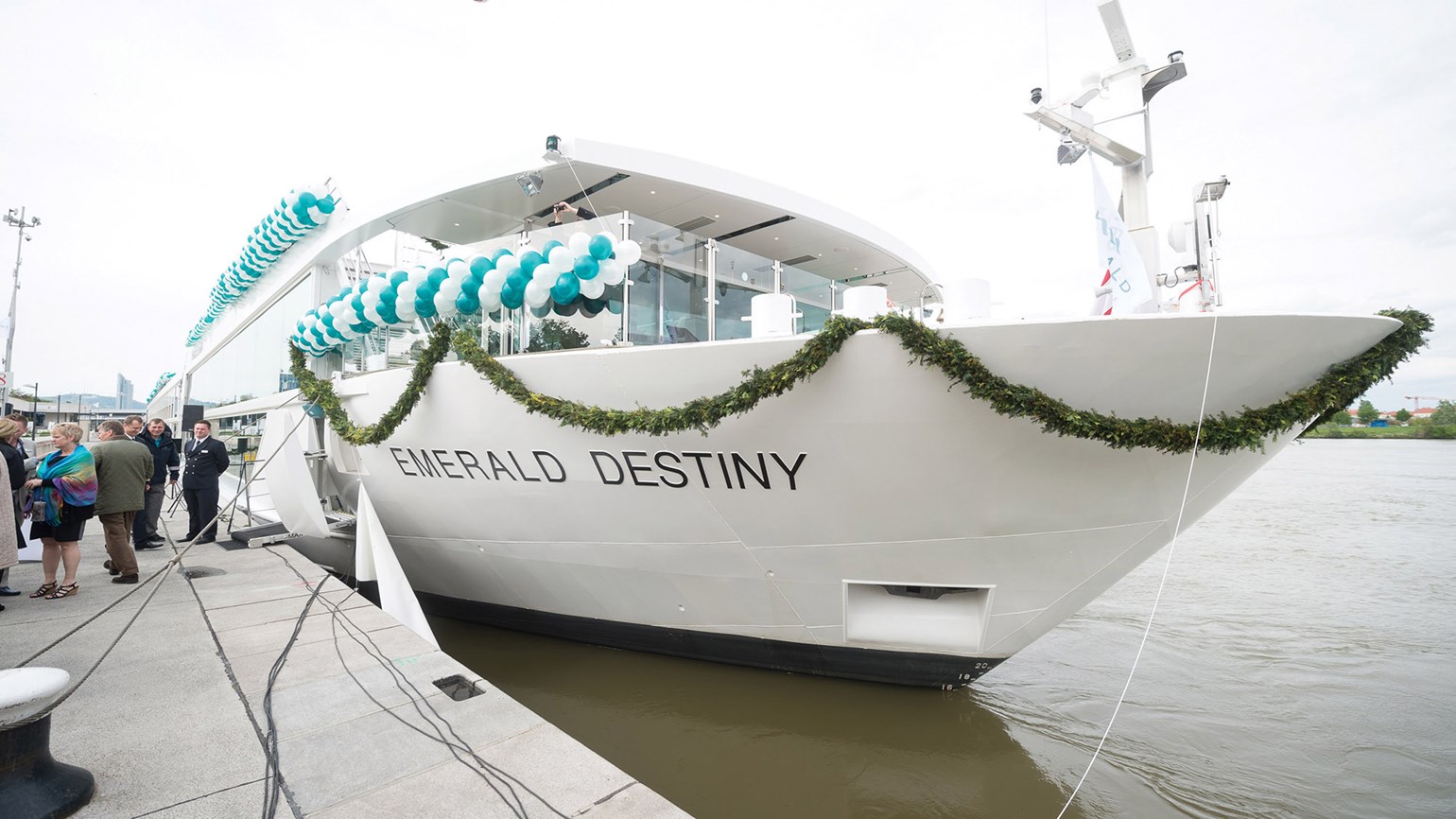 ONBOARD THE EMERALD DESTINY — Three years ago, Scenic decided to do something no other river cruise line had done yet: It launched a second river cruise line, Emerald Waterways, a four-star counterpart to the luxury Scenic line.

With last week’s launch of the Emerald Destiny in Vienna, the Emerald fleet totals seven ships, representing more rapid growth than Scenic experienced with its namesake river cruise brand when it was created a decade ago.

“We think there is significantly more potential,” Glen Moroney, chairman of Scenic, a tour company he launched 30 years ago, said of Emerald Waterways. “It only started three years ago, and the fact that it’s seen seven ships in three years is faster growth than Scenic had. Scenic had four ships up until its fourth year.”

After experiencing the Emerald Destiny, the secret to Emerald’s success appears to be that while it is a more cost-conscious and less inclusive product than Scenic (not all excursions are included on Emerald, for example), it doesn’t feel like a river cruise line that is cutting corners.

Outfitted with cool midcentury, modern-influenced furnishings, the Emerald Destiny feels stylish and hip. The staterooms are effortlessly sleek with minimalist decor in varying hues of gray. Cabins on the upper two levels of the vessel feature a drop-down window that transforms the seating area into a balcony space. A handful of proper two-room suites are also available. 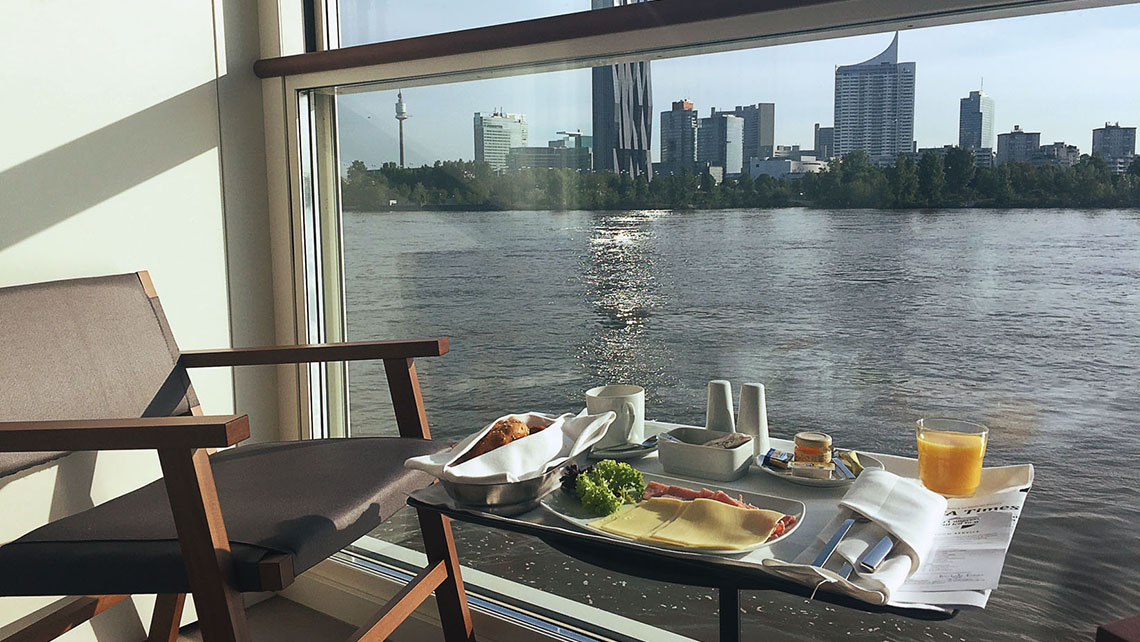 There aren’t multiple dining venues as there are on Scenic ships, but the Destiny churns out above-standard food and service in the main restaurant and offers small ways to vary the eating experience, such as an included room service breakfast option for some stateroom categories (a great option for a slightly rushed morning), and a light breakfast and lunch are almost always served up in the lounge.

Beer and wine are included with lunch and dinner, so bar bills are reduced to just those beverages purchased beyond that, which, of course, can be a lot or almost nothing depending on the passenger.

A highlight of the Destiny and a trademark feature of Emerald Waterways vessels is the pool at the aft of the ship that transforms into a cinema at night.

During the day, this partially enclosed pool area has a relaxed resort feel, complete with a variety of lounge chairs and tables as well as a small bar area. On select nights, the pool is covered, the chairs are pulled around a screen and a movie is shown, with a side of popcorn and drinks available. It feels like a very casual private screening.

Aside from the movies, onboard entertainment includes live piano music in the bar (which can get much more lively than it sounds), a crew show and some local live acts such as an oompah band and Hungarian folk dancers. Passengers were also treated to an optional excursion to a classical concert in Vienna that received rave reviews.

The Emerald Destiny has a capacity for 182 passengers, which is 20 to 30 more than an average Scenic ship, meaning that excursion groups tend to be a bit larger, as well. But a 30-person optional guided excursion to Bratislava, Slovakia, for example, didn’t feel of any lower quality.

All told, it’s not surprising that Emerald Waterways is growing relatively quickly. For the mainstream traveling market, the line represents the opportunity to experience the river cruise trend at a slightly more reasonable price and, for many, without really missing out on anything.