Across The Web Four Seasons opens all new hotel in Jakarta 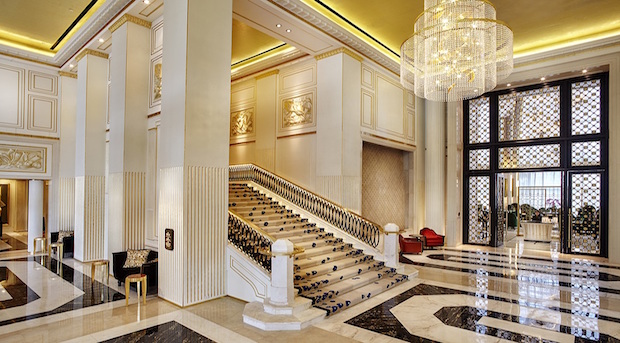 The start of a new era in Indonesian hospitality begins with the much-anticipated opening of the all-new Four Seasons Hotel Jakarta. General Manager Christian Poda of Four Seasons says “Jakarta is a very big, very busy city that simply never stops – and Four Seasons feeds on that energy, optimism and uniquely Indonesian friendliness and flair. We’ve created this beautiful new hotel with every possible luxury, and now we are thrilled to finally welcome our first guests and really bring it to life.”

Ideally situated on Jalan Gatot Subroto within the city’s Central Business District, the all-new Capital Place, an award-winning architectural landmark by César Pelli, is home to leading businesses, and now, the stunning new Four Seasons Hotel Jakarta. With its excellent dining options, sumptuously appointed spa and handsome event spaces, it promises to be the preferred address of the city’s elite, as well as business and leisure travellers from around the world.

Internationally-renowned interior designer Alexandra Champalimaud was inspired by Jakarta’s long-established position on the global stage, and by its commercial trading history and the influence of many cultures on its character, in particular Indonesia’s Dutch colonial period. From the moment one enters the soaring lobby with its grand staircase lit by a magnificent crystal chandelier, a classical European aesthetic is reflected in the colour palettes, materials and finishes, fine furnishings and sophisticated lighting.

With its complete commitment to showcasing the art of Indonesia, Four Seasons presents throughout its public and private spaces a carefully-curated collection of works by contemporary and historic artists. The city itself is the theme connecting the diverse collection, creatively depicting and interpreting its landmarks, history and culture.

Although strategically placed amid the city’s financial and business hubs, Four Seasons Hotel Jakarta has an element of urban resort style as brought to life by the landscape design of Bill Bensley. Known for his expertise in creating lush outdoor spaces with exotic flora, water features and resort-like terraces and open-air rooms, Bensley’s signature style is particularly well known to travellers who have visited Four Seasons resorts in Thailand.

The opening of Four Seasons Hotel Jakarta begins the latest chapter in the company’s story in Indonesia. Starting with its first Balinese resort on the shores of Jimbaran Bay in 1993, Four Seasons opened the original Jakarta location two years later. A second resort in Bali in the Ayung River valley followed in 1998 and soon the pair became a mainstay on the lists of the world’s best resorts. Today, Four Seasons Hotel Jakarta continues the tradition of hospitality first established in the city more than 20 years ago, welcoming back both international travellers and local clientele with an all-new hotel in a new location on Jalan Gatot Subroto.