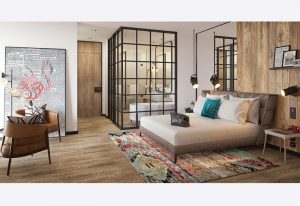 Jumeirah Group is all set to open seven new hotels around the world by the end of 2019.

The company revealed this information on the sidelines of its annual GCC roadshow last month, according to a report in the Saudi Gazette.

Dubai-based Jumeirah Group’s newly appointed CEO Jose Silva said  that plans are afoot to restructure the hotels within its hospitality brand into different tiers based on the experience each hotel offers. Silva hinted at having three different segments for hotels within the Jumeirah Group.

Along with the restructuring of the brand, Silva said Jumeirah will unfold its plans for the new, ultra-luxury brand in the fall of 2018.

“We will further define what exists in the brand before the end of the year. Once you have landmarks like Al Qasr, then you can’t redefine it. That is the identity of the space but as you further renovate and evolve the iconic hotels you need to attempt to position them with more clarity for the consumer so they know which segment it is,” Silva added in an interview with Hotelier at the Jumeirah headquarters in Dubai.