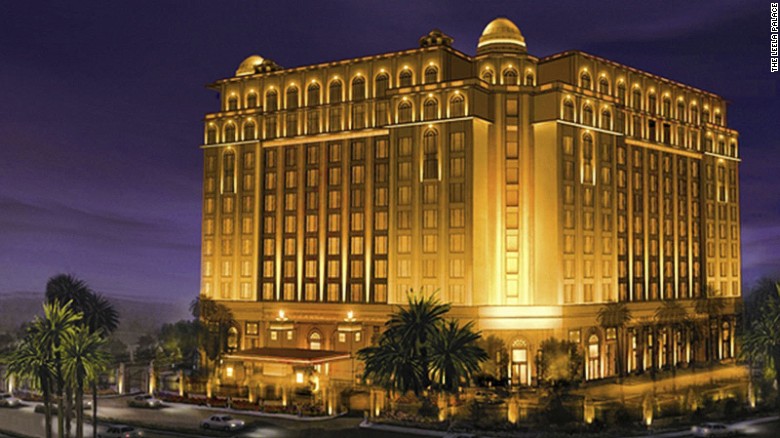 The best of Delhi is where the new Indian cool is being born.

Once dismissed as a town of bureaucrats as inspiring as a damp sock, India’s capital city is slowly but surely shedding its frumpy image. Delhi has the basic hallmarks of a buzzing world city: posh new hotels, glam restaurants and a huge and growing population.

To entertain the new throngs, amped-up venues are cropping up in Delhi like green grass after a monsoon. And if Mumbai has Bollywood, Delhi has high culture.

Performing arts, book launches and tons of art galleries make the best of Delhi an Indian culture home base. Meanwhile, the stunning architecture of the Mughal Raj and other older relics are stalwart anchors to the giddiness of development, making Delhi as attractive to business travelers as it is to camera-clicking tourists.

Recently opened, The Leela Palace does a modern take on Indian majesty, with gilt doors, velour and brocade, flowers everywhere and the quintessential fawning staff. Given its location in the heart of the Diplomatic Enclave, well-heeled locals frequent this best of Delhi hotel for the restaurants Le Cirque and Megu, guaranteeing a social buzz in the air.

The Leela Palace prides itself on its hotel-within-a-hotel. Guests staying in Royal Club rooms, as well as the Royal Club Parlor, enjoy a whole other level of hospitality.

Limousine service to and from the airport, exclusive check-in and check-out, 24-hour butler service as well as complimentary welcome drink and meals are taken for granted. 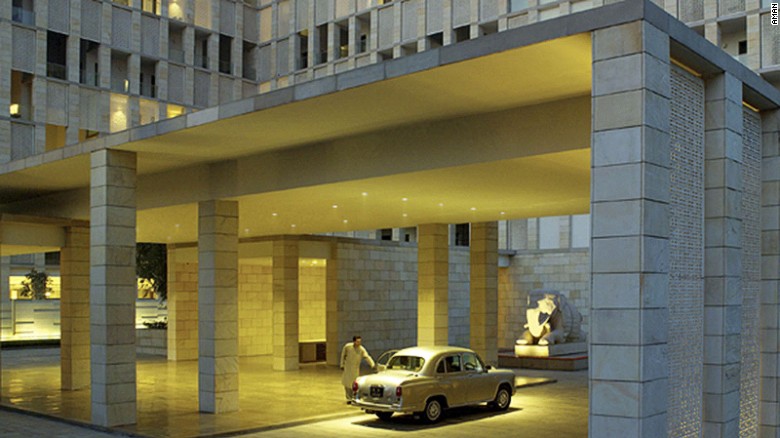 Delhi’s other hospitality giant is The Lodhi, an almost minimalist take on contemporary Indian luxury. The 67 rooms are done in stone floors and wood-panelled walls with muted patterns.

Everything is pared down to a sleek contemporary design of typical North Indian aesthetics, softened by jaali screens and handmade rugs. Though located on the edge of New Delhi,The Lod is great for first-time visitors who want to spend time in the adjacent Nizamuddin complex or play a few rounds at the nearby New Delhi Golf Course.

This best of Delhi hotel is a resort-like, self-contained destination, complete with a steller spa, tennis and squash courts and gym. 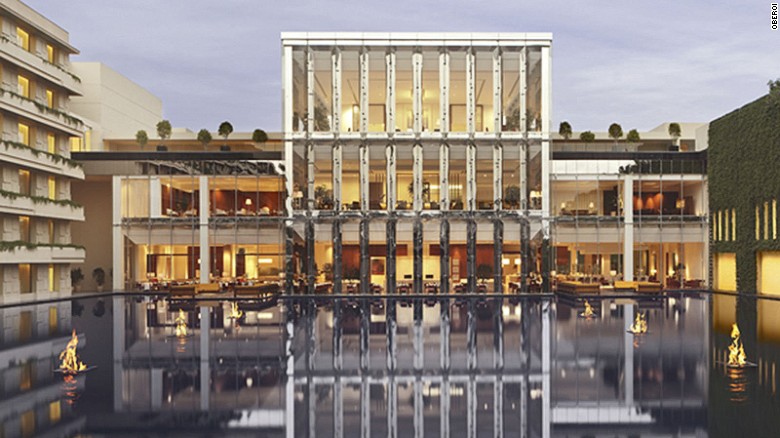 The Oberoi makes business trips feel like vacations. Located in Delhi’s satellite town and business center, Gurgaon, this branch of The Oberoi has the most spacious rooms of any best of Delhi business hotel. The smallest start at 58 square meters.

The hotel also has a larger-than-Olympic-size heated swimming pool, 24-hour spa and what it claims is India’s only cigar lounge. The Oberoi has a great location for conventions, with conference and banquet facilities that can accomodate up to 1,000 people.

One of Delhi’s hottest new restaurants is the outpost of the New York institution Le Cirque. Famous for its mix of French and Italian cuisine, Le Cirque is also known for great people watching.

In Delhi, it’s no different. Le Cirque draws the city’s fashionable and elite to munch on paupiette of black cod, foie gras, lobster risotto and creme brulee. The wine list features more than 100 choices. One thing about this best of Delhi restaurant: it’s not too haughty to adjust dishes to suit diners’ dietary restrictions. With the top floor of The Leela Palace as its home, Le Cirque also has one of Delhi’s best addresses. Children under the age of 12 are not permitted. 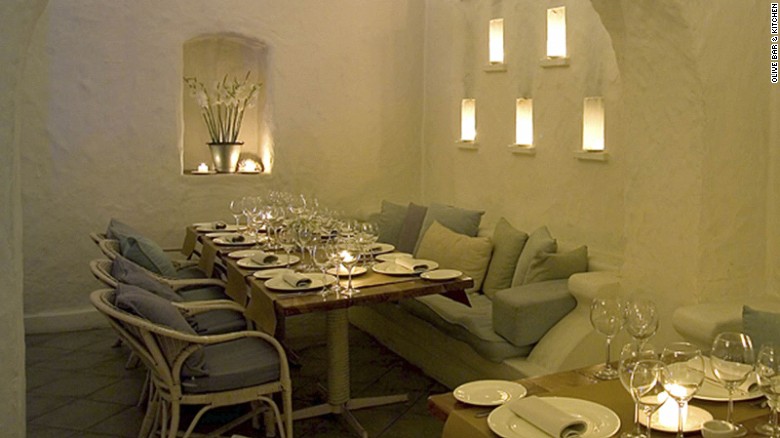 Housed in a converted Mughal mansion, the Olive Bar & Kitchen is a favorite of the capital’s fashion industry. Decked out in a boho elegance worthy of the pages of Vogue Living, the Olive is a place to be seen, but not so much for chowing down.

The Italian-French-Mediterranean menu caters to vegetarians, with creative dishes such as asparagus and fennel risotto. A wood-fired oven churns out thin-crust pizzas. But the food is underwhelming. Near the Qutub Minar, it has a beautiful setting for a long brunch getting into the thick of Delhi’s scenesters.

Eat where Bill Clinton and Vladmir Putin sat down, at Bukhara, the pride of Delhi dining. Established in 1977, Bukhara’s menu hasn’t changed in years and it has maintained its reputation.

The food originates from the Northwest Frontier, so this is the place to come for meats cooked in a tandoor oven, kebabs and Bukhara’s famous dal.
Vegetarians are certainly catered to, but it’s the omnivores who win here.
The raan, a slow-cooked shoulder of lamb, is a specialty with a cult following.

One of Delhi’s most atmospheric restaurants, Circa 1193 has stunning views of the majestic Qutab Minar. The rooftop offers the best seats in the house.
The menu is pan-Asian, with an emphasis on Thai and Japanese.

We love the slow-cooked pork belly, buta no kakuini and cocktails with names like Geisha and Samurai. The service can be spotty, but nothing beats the ambience at Circa 1193.It’s a great place to begin an evening with a drink and appetizer. 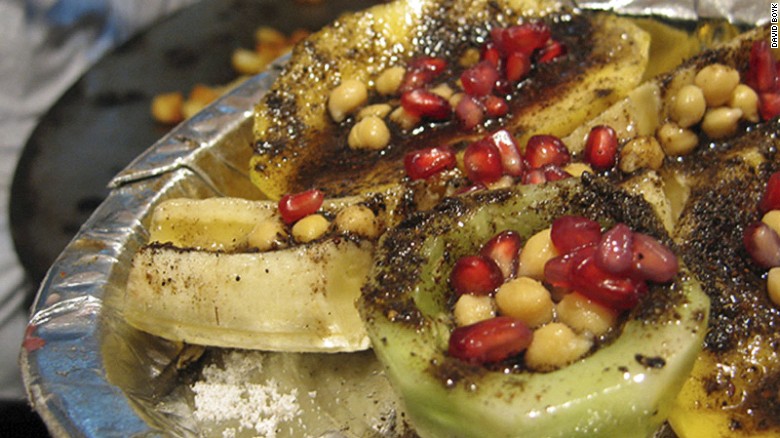 Built under the aegis of the Mughal emperor Shah Jahan, the old city streets of Chandni Chowk are a hub for the city’s best street food. You can start with a piquant dahi bhalla (spiced yogurt snack) from Natraj Dahi Bhalle Walle, before exploring the rambunctious lanes leading to Pandit Baburam Devidayal or Kanhaiya Lal Durga Prasad’s in what’s known as Paranthe Wale Gulli.

The psychedelic new Smoke House Room, aka Shroom, is a restaurant and club done all in white with curved forms and perforated screens meant to mimic the inside of a bunch of mushrooms. With strategic colored lighting, the ambience of the Smoke House Room is supposed to remind one of being on actual magic mushrooms.

The stunner here is the incredible view. A tinted-glass wall seperates clubbers from a panoramic view of the Qutub Minar. The Smoke House Room also enlists the country’s best DJs to work the decks.

India’s best live music venue, blueFROG opened its second branch in Delhi in late 2011. The club brings the best mix of local and international artists to the dance floor.

As it became in Mumbai, blueFROG is now Delhi’s nightlife benchmark.
It’s located in an old serai (traveler’s inn) called The Kila, situated 100 meters from the Qutub Minar.

Though Kitty Su has hit all the right notes since opening in August with its pseudo-erotic Kama Sutra vibe, Champagne lounges and suspiciously large bathrooms, Shiro gets our vote for the most mad night out.

With a Japanese name meaning “castle,” the nightclub/restaurant draws regulars with an inventive drinks menu and pan-Asian bites. Lap, also at the Samrat Hotel, and Hype, at the neighboring Shangri-La, cater to a younger crowd who prefer louder club beats.

These two clubs are almost always filled to the brim — the vibe borders on sordid after 3 a.m.