Across The Web The best beaches for swimming, surfing and relaxing in Barbados 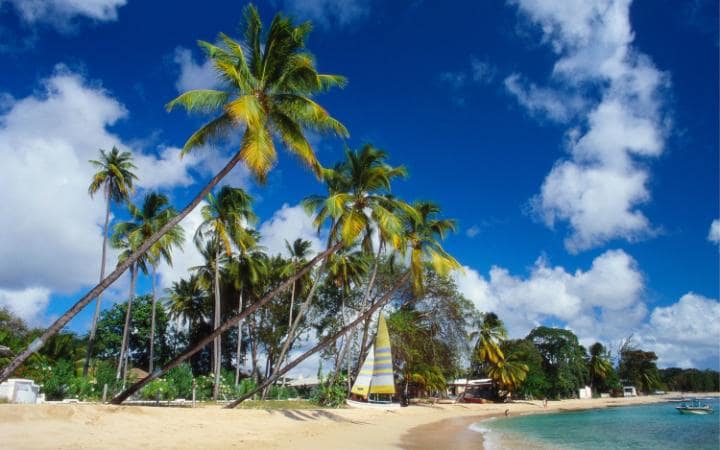 With the Caribbean Sea to the west and the Atlantic Ocean to the east, Barbados beaches range from stretches of golden sand gently inclining into warm, calm waters to surf-smashed dunes and spray-lashed cliffs.

Lying on the boundary of the Caribbean and South American tectonic plates, the island is formed of coral 90m thick and much of the island is circled by coral reefs, not only making the island a top spot for snorkelling and diving but producing clean, fine-grained sand and beautiful weathered rock formations.

Swimmers and sunbathers are best suited on the west coast where palms sway, tree frogs croak and beaches seem designed for sunset walks, lazy lounging and splashing in the shallows. 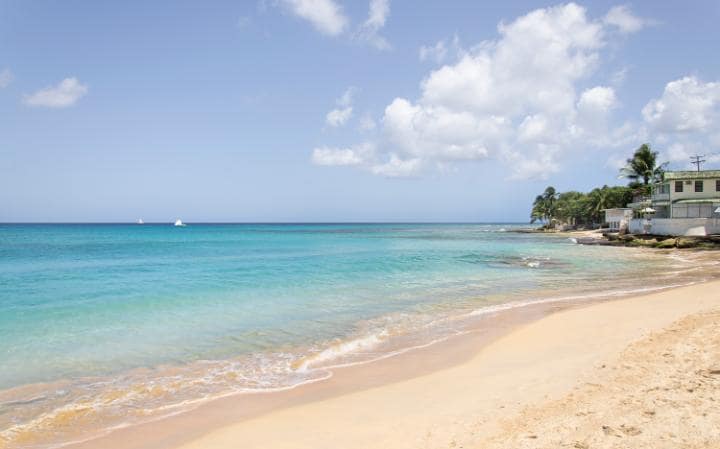 Mullins Beach is one of the most popular on the island, and so can get busy – but with good reason. Hundreds of yards of golden sand slope gently into calm water, loungers can be rented and a range of watersports are available for guests who want a little more action. The restaurant above the beach is sunset-watching central.

In the next bay, Gibbes Beach is more tranquil and less crowded, backed by multi-millionaires villas, and offers excellent swimming and snorkelling. Another contender for best beach in the west is Paynes Bay, so long it takes 20 minutes to wander from end to end. 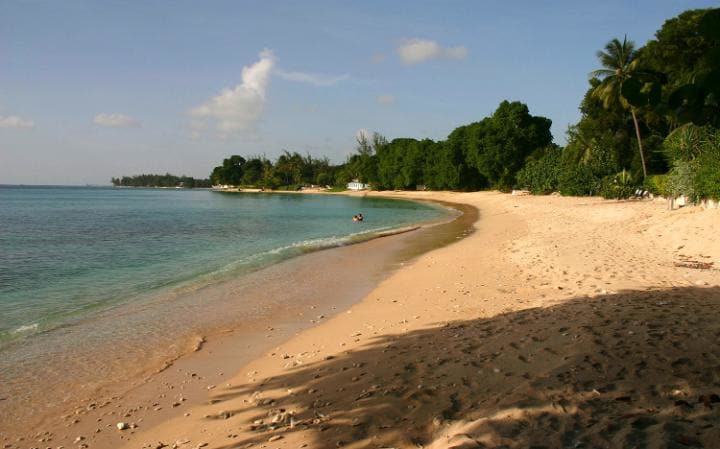 The northern half is quieter than the south, and turtles swim in the bay 250m offshore. Locals take tourists out to see them in boats – travellers should choose an option where lifejackets are provided, and head out as early in the day as possible, before the big catamarans arrive.

To the south the beaches are equally beautiful but the surf is a little livelier, so these options are great for watersports including wind and kite surfing, and boogie boarding. Accra Beach is one of the coast’s most popular stretches; a long curve of fine, white sand that stays shallow well out to sea renders it a firm family favourite. Backed by a boardwalk, there are stalls to browse and loungers to rent, and huts selling burgers and beer.

One of Silver Sands’ plus points is evident from its name, but add to that its waves and swells, which the beachside watersports centre takes advantage of, offering kiteboards, surfing, windsurfing and the newly-popular stand-up paddleboarding. There are shaded picnic benches and a small children’s playground. 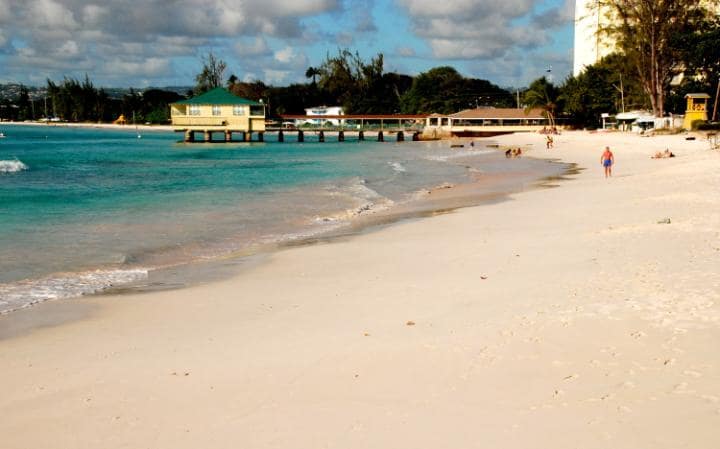 Pebbles Beach has all the white sand and calm water families could ask for, but with a few fun extras. Nearly every morning, grooms from the nearby stables at the Garrison bring racehorses to bathe in the water. Just off the northern end of the beach, Cuz’s Fish Stand is renowned as one of the best places in the island for a fish cutter – fresh fish served in a bread roll with tomatoes, lettuce and condiments, including pepper sauce.

The island’s east coast beaches feel a world away from the calm, pristine idylls of the west and south, but have their own rugged charm. At Bathsheba, Atlantic rollers pound mile after mile of deserted beach, backed by dramatic rock formations.

The Soup Bowl is a surfer’s paradise, and even non-surfers will enjoy the show as the pros catch some serious breaks. Swimming isn’t recommended at Bathsheba, but there are shallow inshore pools a few feet deep, perfect for a long soak with a rum – natural whirlpool baths. 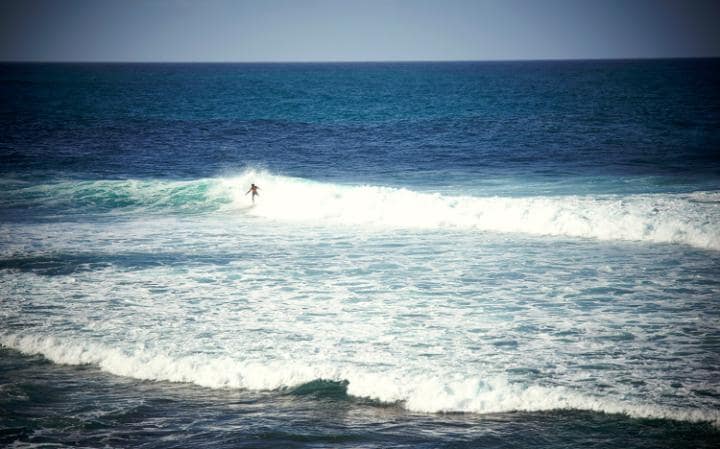 The east coast is also home to Crane’s Beach, regularly tipped on ‘world’s best beaches’ lists. The sands are pink-tinged, and stretch both wide and long, backed by palm groves, limestone cliffs and the luxurious Crane Resort. The waves pack a punch but it’s a seriously beautiful spot.