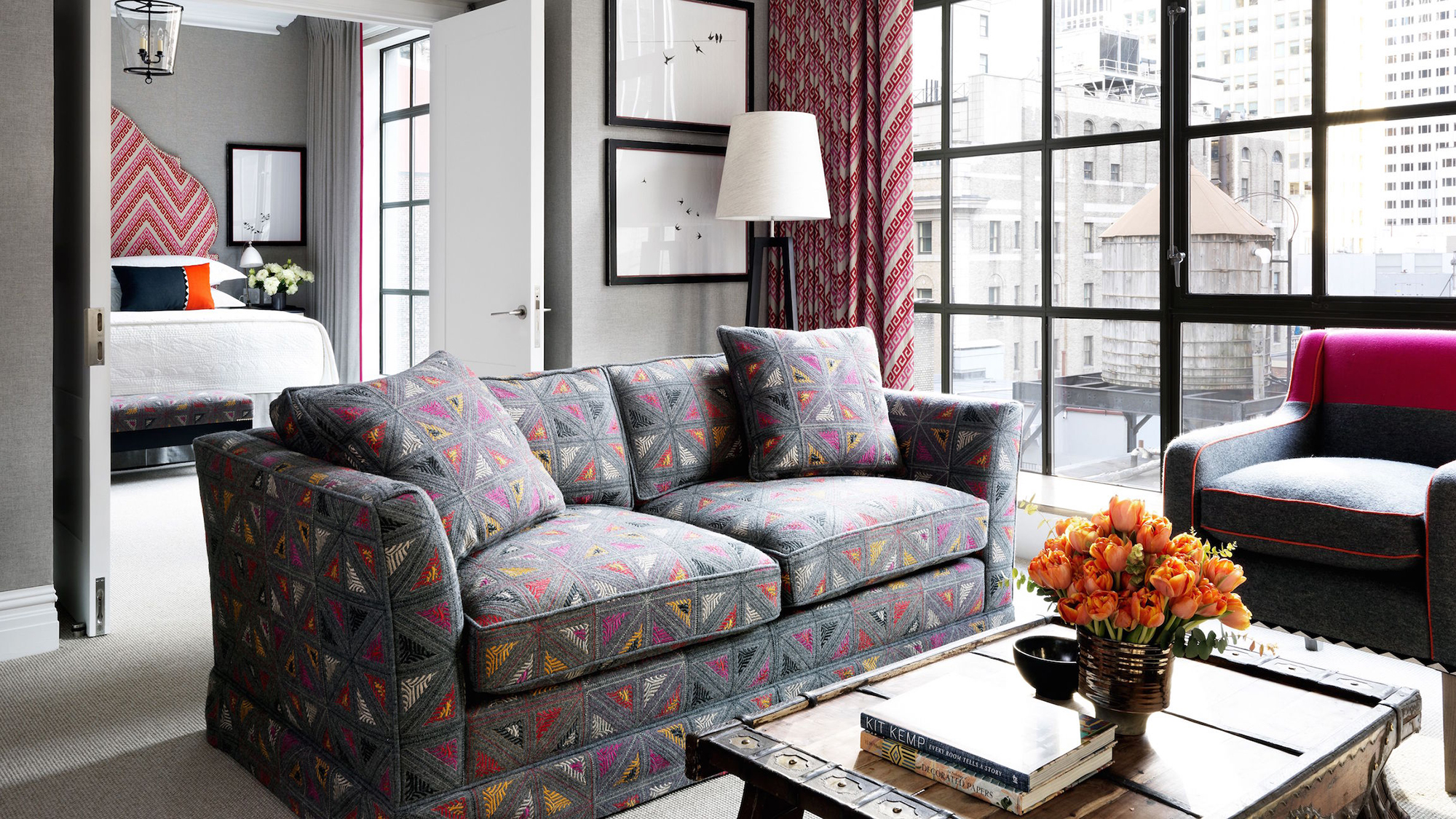 Located at West 56th Street at Fifth Avenue, The Whitby has 86 individually designed rooms on its 16 floors, including a top-floor two-bedroom suite. The property also features a lounge with a 30-foot pewter bar, floor-to-ceiling guest-room windows, a 130-seat movie theatre, and a public area with a fireplace called the Drawing Room.

The Whitby is a sister property to the Crosby Street Hotel, which opened in SoHo in 2009. Both hotels are overseen by Firmdale Hotels, which is run by the wife and husband team of Kit and Tim Kemp. The company operates 10 hotels, including London’s Ham Yard, Haymarket and Charlotte Street hotels.