Travel News Snowfall in the Sahara 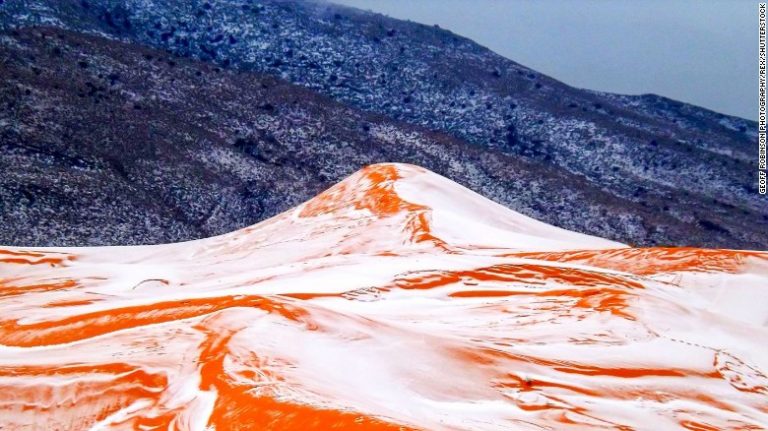 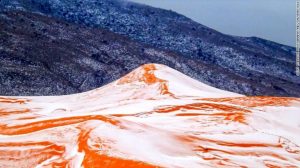 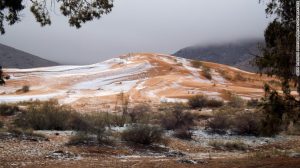 More than 9 million sq.km, the Sahara Desert is the the World’s largest and driest desert covering the majority of North Africa. It is a well known fact that temperatures can easily exceed 55C.

It was therefore rather unusual to hear of snowfall in the Algerian town of Ain Sefra which lies deep in the Sahara Desert and over 1,000m above sea level. The last time snowfall was recorded was approximately 40 years ago. Karim Bouchetta, amateur photographer captured the mood of the sand dunes oddly covered with snow.