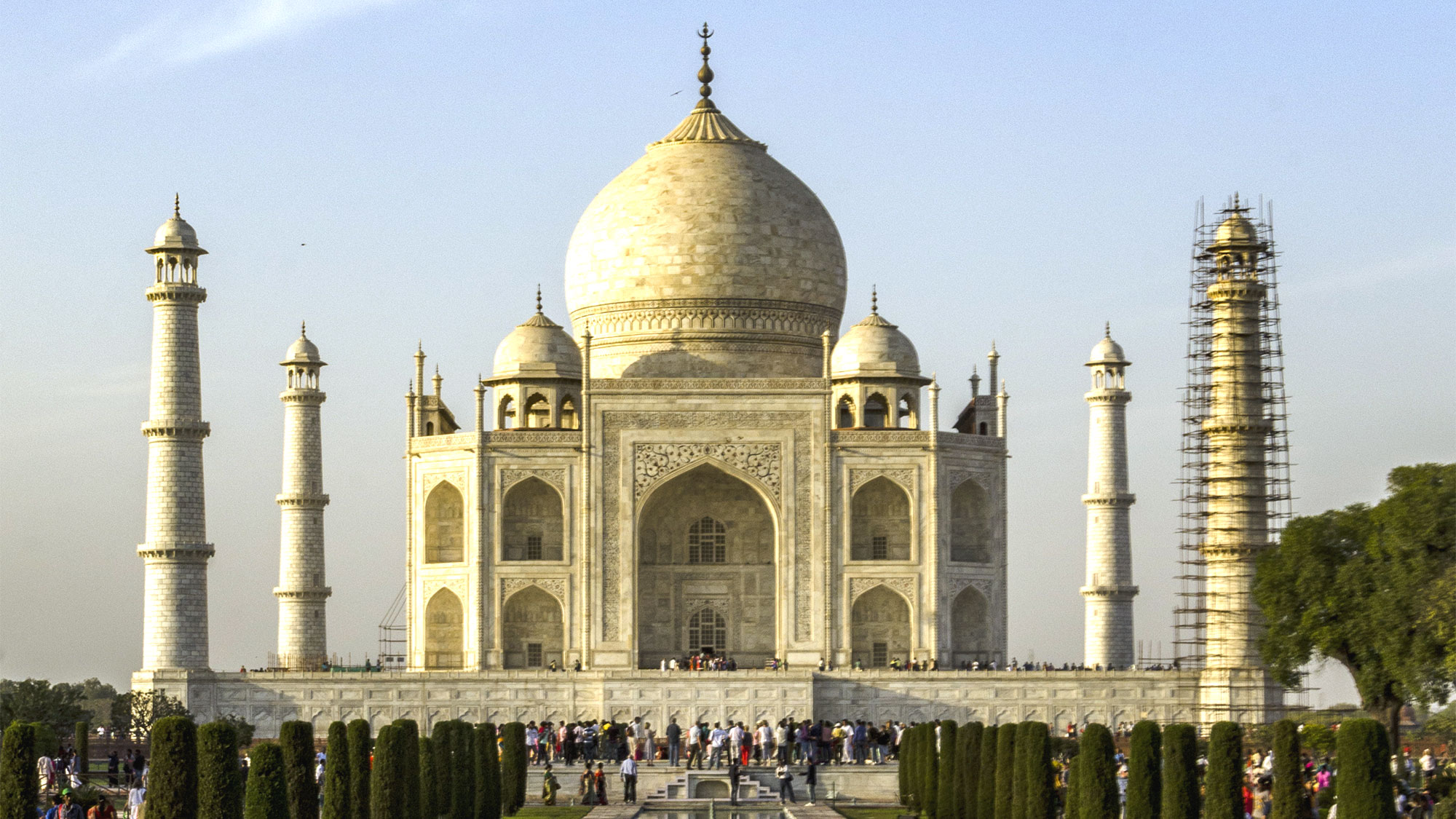 India’s iconic Taj Mahal is undergoing a major restoration, in which the structure will be covered in scaffolding over the course of a year. Workers will apply a mud-pack treatment to renew the marble exterior to a brighter shade of white.

The 377-year-old Unesco World Heritage Site is the main draw for many tourists to India, but the white marble facade has been yellowing over time. Thus, following the restoration of the outer minarets, which were covered in scaffolding last year, the main dome and central structure are now being packed with mud — a process intended to clean the marble and ultimately make it whiter.

The Times of India reported that the mud-pack treatment is a first for the Taj Mahal.

“In all likelihood, the entire dome will be obscured by iron scaffolding and during the actual cleaning process, portions of the white marble facade will be covered in mud and sheets for two to three days at a time. This process will be carried out in sections and the work on the dome is expected to last a year,” Grand Rapids, Mich.-based A&S Signature Journeys wrote in an email to clients.

In an effort to assist travelers in getting a nice photograph of the Taj Mahal, A&S Signature Journeys said that while the work is being done, it will be taking guests to the Mehtab Bagh area, which is behind the Taj Mahal on the other side of the Yamuna River.

Intrepid Travel is also letting travelers know via its blog that views of the famous dome will be obscured for a while.

“Obviously, this will put a bit of a crimp in your plans to snap the ultimate #TajMahal selfie,” the tour operator wrote on its site, adding that “there’s a whole lot more to India than a single building, no matter how good it looks through an Insta filter.” Intrepid Travel then outlined numerous other India attractions.

Intrepid informed travelers that its India trips will still run and that it will continue to include visits to the Taj Mahal.

However, Intrepid added, “If a pristine Taj is vitally important to you, it might be best to wait until after April 2018 before visiting Agra.”

A&S Signature Journeys provided a probable timeline for execution of the work:

The Taj Mahal draws some 8 million tourists each year, and it will remain open during the entire course of the restoration.